For Gashaw it was his second victory in the race, having won previously in 2016. For much of the race he ran behind his friend and training partner Tadesse Worku, before outkicking him in the fast run into the finish on the road leading down to Bole from Urael Church. His winning time was 28:19, one second ahead of Worku.

After the race Gashaw, a member of the Amhara Prisons Club, said he had prepared in a focussed way for this race, choosing to stay in his home town of Debre Birhan (altitude 2,840m) and only coming to Addis Ababa in time for the athletes’ COVID-19 pre-race testing on Friday morning. Coached by Belete Mekonnen, Gashaw receives his training programmes from him through Facebook and Telegram and
only occasionally comes for training to the capital.

For Gebreselama her victory was even sweeter because she had come close to winning two years ago when the race took place near to Jan Meda, being denied victory only because of a misdirection in the race’s final 200m. But today there was no mistaking the class of her victory and she pulled ahead of the field soon after halfway and stayed clear from then on. Her winning time was 32:32, 2 seconds ahead of second-placed Medehen Gebrselassie.

Gebrselama’s previous road race had also been in Addis Ababa in the Women First 5km ten months ago where she had also won. Her only race since then had been in Nairobi in October where she finished 4th in a track 5,000m in a time of 15 minutes and 13.38 seconds.

The highest placed foreign athletes were Kenyan Kennedy Kimutai who finished 21st in the men’s race and Eritrean Nazret Weldu Gebrehiwot who finished 19th in the women’s race.

A total of 9000 participants took part in the mass races which were staged in three waves set off at fifteen minute intervals. The race took place under tight COVID-19 measures implemented by the race organisers that saw temperature checks on all participants as they arrived at the start, mask-wearing before and after the run, including in the medal area, and social distancing enforced in the line-up of participants in the separate wave starts. Over 210 elite athletes were also tested for COVID-19 two days before the race.

Accompanied by several well-known faces from Ethiopian running including Berhane Adere, Gete Wami and Aselefech Mergia, and by the mayor of Addis Ababa Adanech Abiebe at the start, Haile Gebrselassie took on the starter’s duties as well as presenting prizes at the finish.

Among those receiving prizes were a number of barefoot runners who ran in honour of the founding father of Ethiopian athletics Abebe Bekila.

The first foreign ambassador to cross the finish line was the newly-arrived Finnish ambassador to Ethiopia Outi Holopainen. With 41 marathons already completed, her running credentials make her one of the strongest ever ambassadors to have taken part in the race. 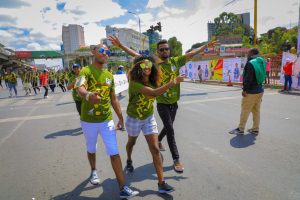 Registration is now halfway in 4 days for the biggest road race in Africa.

Preparation is underway for the 22nd edition of the 2022 Sofi Malt Great Ethiopian Run International 10KM. This year’s race message is “Every child Learning”. 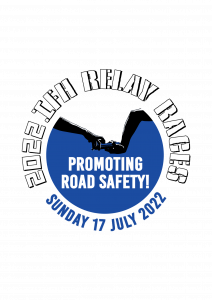